Adopting Reason: strategies, dual sources of truth, and why genType is a big deal

Disclaimer: migrating an existing product to a new language, even if partially, is one of the most impactful decisions that a team or tech company might make, for better or worse. It is rarely justified, and in most cases the costs will outweigh the benefits. In any case, it is a decision that should be made after deep consideration and never without a large consensus or a detailed plan. Or in other words: do your own research. 😉 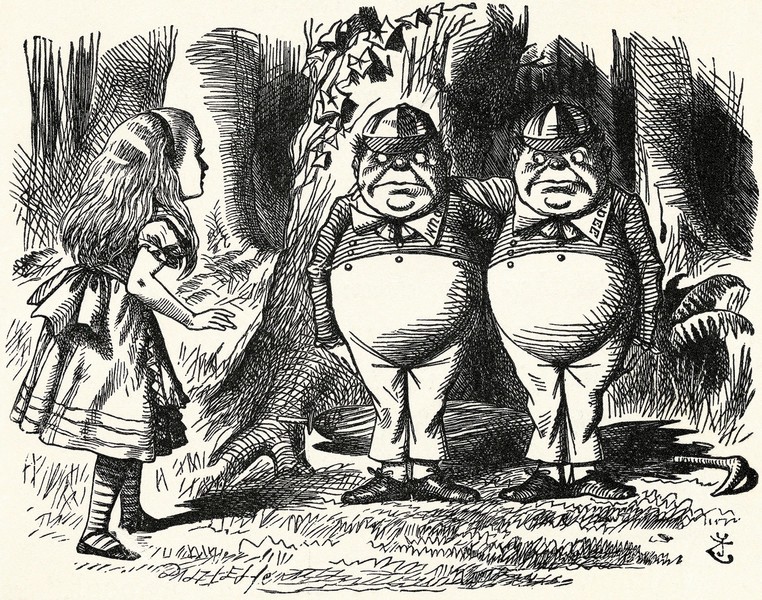 "Alice knew which was which in a moment, because one of them had ‘DUM’ embroidered on his collar, and the other ‘DEE’”.

You have been looking at Reason and the value behind it:

After considering it, reading the documentation, discussing with colleagues, making some small apps from scratch, experiments and prototypes, you and your team / company decide its time to take a stab at migrating a small part of an existing app.

But… where does one start?

This article explores the two most common routes teams have followed in the past to progressively introduce a new language to an existing JavaScript codebase, and also explains how a recently released tool called genType might become a key part of this process in the future.

Note: genType was originally called genFlow and the project was renamed recently.

In a great article, the team from NoRedInk detailed how they went about starting using Elm in their production app.

Their approach: start with the state management system (or business logic, depending when you were born 😛).

This makes a lot of sense: considering how statically typed languages make runtime errors much harder to happen, migrating the parts of the code that deal with data seems like a great way to start getting a lot of value out of the initial investment. For NoRedInk, it was Flux stores and Elm. But the idea behind it can easily be ported to other state management system like Redux, or any other statically typed language, like Reason. 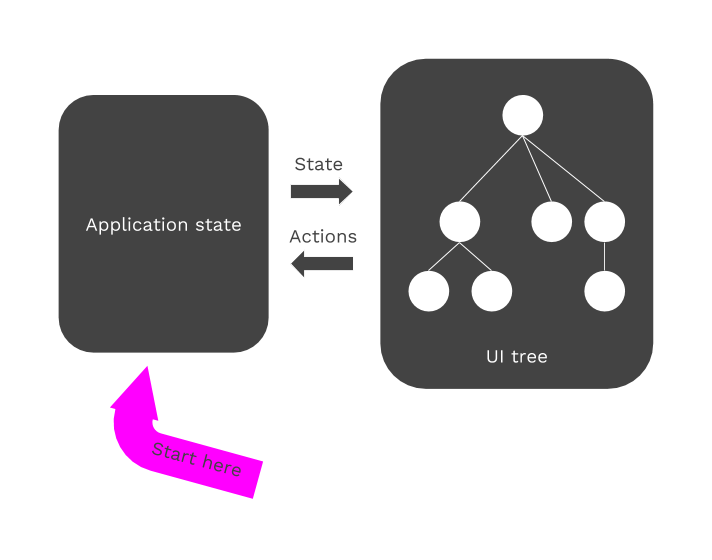 Migrating your app, one reducer at a time

It allows to start simple. State management systems are quite contained, as they generally consist of pure functions that perform some updates to the incoming data. Leaving out side effects like DOM handling 🚁 or network management 📡 from the initial stages of the migration simplifies the process in many ways.

This approach has certainly benefits, but it comes with some constraints too:

For Facebook Messenger, the team decided to go with a different approach: start with the UI first, with the React components that had less data dependencies, and move “up” from there. This approach seems to have been successful, considering the reported news: more than 50% of that codebase has been migrated to Reason.

The strategy has the great benefit of being much less intrusive than the data-first strategy described earlier. For larger teams –like the ones at Facebook– state management systems are generally quite ubiquitous, and can even be shared across apps. So being able to start adopting the language in isolation might be the only way forward initially, as it requires a much smaller amount of people to reach consensus: the team that is working with that part of the UI / app is enough. 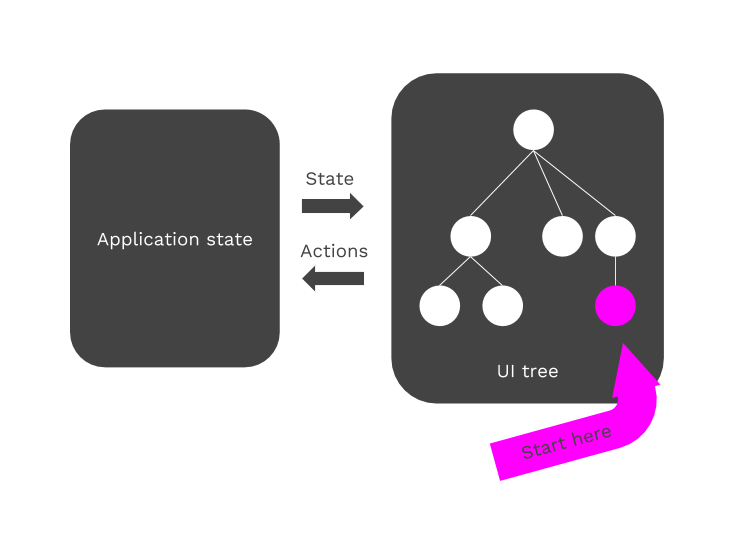 The downside is that it can take a while to use Reason for core data management pieces of the app, and this is one of the places where the language really excels. Because the migration is happening “from bottom to top”, the safety provided when dealing with core state, or handling any other critical data, might take longer to happen.

This approach also means you will have to deal with the DOM / UI from the get-go, which involves more complexity in the adoption process, a challenge represented by the “should I check the Reason or the ReasonReact docs?” question that Reason newcomers often struggle with, and that Keira Hodgkison covered in depth –together with other frictions– in her talk “What’s not to love about Reason?” that I highly recommend.

To summarize, this UI-first approach is less demanding in human constraints (less stakeholders needed to take the decision) but adds more technical complexity, so the developers working on it will have to deal with different classes of problems (due to the DOM and UI libraries being part of the plan).

Both strategies are totally valid, and depending on your specific context you might want to go with one or another. But regardless which one you pick, there is a challenge that your team will face at some point.

🐘 The elephant in the room: dual sources of truth

The truth is, for any kind of migration of any app to a new language, there will be a lot of logic and data types that already exist in your app and are written in JavaScript, and you have to decide how to approach that.

There are many ways to tackle this in Reason, but at the higher level, we can separate them in two main directions:

There has been a lot of work done to make writing bindings an easier process. BuckleScript has historically provided many different ways to write bindings against almost any kind of JavaScript code. BuckleScript is always trying to remove divergences between data types, like the recent changes to option types to make the compiled data more natural from the JavaScript side. There have also been additions like bs.abstract, which allows to represent JavaScript objects almost seamlessly as Reason records.

But bindings are subject to break, as they introduce a secondary source of truth: the bindings themselves hold one “truth”, but another one remains in the JavaScript code.

Bindings for a public JavaScript library have less chances of breaking because they are public, and in theory should be updated with more care. But in an internal app, contracts are more easily broken. And if a change in some JavaScript function is breaking the Reason code, it makes the investment in the migration harder to justify: we are introducing a statically typed language to make our app safer, but any boundary between the new and the existing language is unsafe. 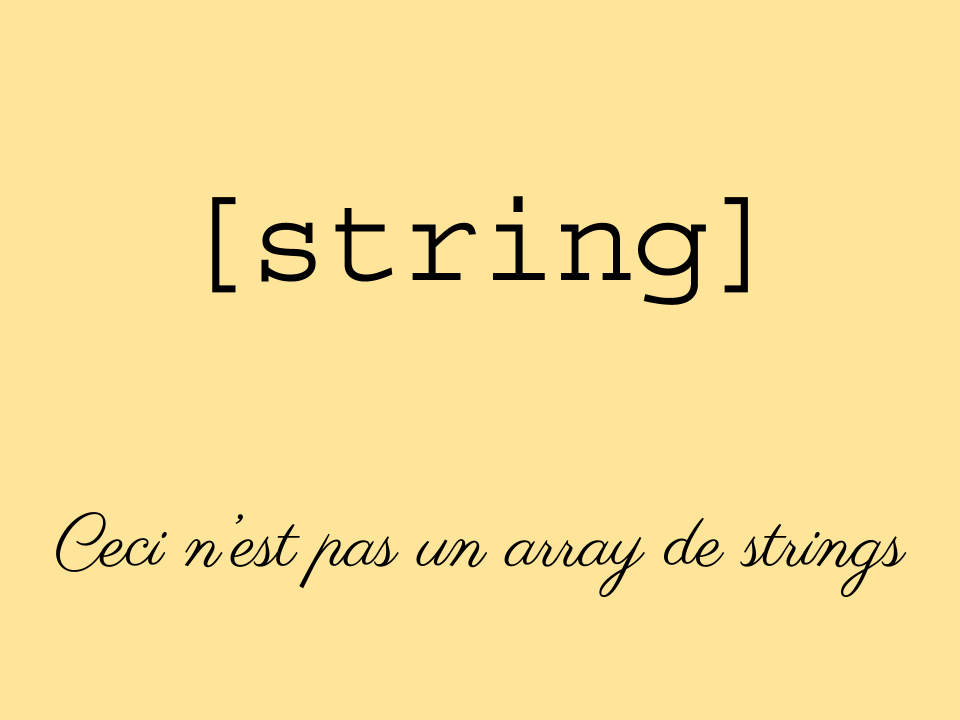 Ce binding n’est pas what you think it is

2. Rewrite them in Reason, and expose them to JavaScript

The second option is to take the required functions and data types and progressively move them to Reason.

In case your app is written in TypeScript, or uses Flow, and you want to maintain the type safety in the consumers of these functions, you are also entering a dual source of truth problem: you would have to maintain Flow or TypeScript type definitions manually, and they would also be susceptible to break, if the Reason code changes at some point and you forget to update them.

This seems like a deal breaker. Does a migration always involve adding a secondary source of truth that has to be manually updated and thus introduces fragility? Or are there any alternatives?

genType: Auto generation of idiomatic bindings between Reason and JavaScript

A whole lot of emphasis, as you can see, goes in

One more time, for those in the back:

Yes! It’s automatic, which is pretty awesome. And idiomatic. And high quality. All of it.

To be clear, genType does not remove the dual source of truth. As long as there are two languages involved, there will need to be two sources. But by automating the generation of boundaries between both sources, we remove the need of any human intervention to keep them in sync, which is what caused the trouble originally.

How does genType work?

To simplify a lot, genType allows you to add the annotation [@genType] to any declaration in Reason, like a record in this example:

It will generate something like this in a co-located .re.js file (this is the Flow version, but it can produce a similar TypeScript output):

Not only types, other values too! If a function uses the previously declared type, a converter to JS types will be generated too.

In Coordinate.re file, in Reason:

Automatically generated Coordinate.re.js (a similar file can be obtained for TypeScript or vanilla JavaScript):

Notice how the converter:

This is a big deal! It solves the problems originated from manually updating a secondary source of truth, but also removes a bunch of other headaches that arise when making JavaScript and Reason work together in the same app:

What are the trade-offs?

The main trade-off of using genType is the potential impact in performance, as the converters come with their own runtime costs. If your app happens to require crossing the boundaries between Reason and JavaScript very often, then you might need to skip the converters generated by genType and fall back to the manual approach. However, given the compiler knowledge of all the shapes of records and objects, these conversions involve operations that are generally quite fast: reading object properties, making functions calls, or creating new objects and arrays. If your app uses structures with a large number of elements in them(object with many keys, arrays with many elements), it might need a separate solution that doesn’t involve converters.

genType is still in an early stage (v0.12.0 as of today, Oct 3), but it already solves a lot of different scenarios and it’s making fast progress to support more, with new releases happening almost daily. If you want to try it, you can follow the instructions in the project repo.

We have seen two strategies to migrate existing JavaScript apps to Reason progressively, and how genType can help doing so in a safely manner, without giving up ergonomics on either side.

If you have experiences migrating apps to Reason (or other languages!) or have suggestions or comments about the article, I look forward to your comments. Thanks for reading! ✌️

Thanks to Cristiano Calcagno and Marcel Cutts for reviewing an early version of this article.